Peter “PI” Inglis, Our Friend & Companion in the Mountains

We are deeply saddened to report the death of Peter “Pi” Inglis in a ski accident in the Wrangell-St. Elias range in Alaska on April 1. Details are scarce at this time, but early reports state that a cornice collapsed and he fell over 3,000 feet.

Pi was one of the original founders of the Telluride Mountain Club, as well as a Telluride ski patroller for over 20 years, and a long-time San Miguel County SAR volunteer. In addition, he guided clients all over the world: from the Alps to Alaska, from China to India, and here at home in his San Juan mountains. He was currently a lead guide for Mountain Trip with over 15 ascents of Denali.
He set a very high standard in ski mountaineering early on, with technical ascents and descents on big mountains around the world over the past several decades. Pi also was a huge supporter of avalanche education, and walked his talk by organizing forums and teaching classes to help keep others safe and aware. In 1986, after a particularly dangerous winter with several avalanche deaths, he founded the Telluride Mountain Club as an avalanche education group.
His gentle, humble nature often hid his amazing skills as a skier and mountaineer. But once you saw him in the mountains, moving quickly over snow and ice and technical terrain, it became immediately apparent that he was in his element and had a gift for moving in the mountains.
Our heartfelt condolences go out to Peter’s wife, Julie Hodson, and their families. Pi will be truly missed by the many people around the world who’s lives he touched. He was a pillar of Telluride’s mountain community and we are all left shocked and stunned in the wake of his death.
Climb high and ski on, Pi! We will never forget you and what you gave to our community. You have been an inspiration, a local legend, and a good friend to so many of us.
Peace & Love,
Tor Anderson and the Telluride Mountain Club Board of Directors 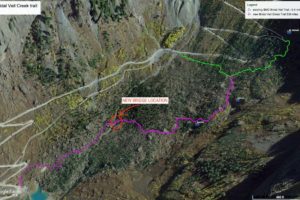 Help us fundraise for a 47-foot suspension bridge on the[...] 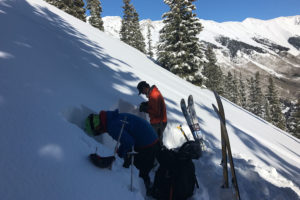 Here is a list of some our favorite backcountry bookmarks[...] 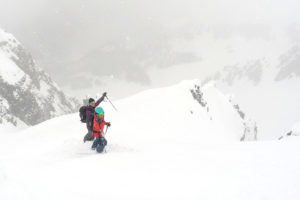 The Peter Inglis Avalanche Education Fund is proud to present[...]