Update: The peaks have official been named! Read more about this incredible journey here.

Colorado’s congressional delegation has introduced a bill to honor Charlie Fowler and Christine Boskoff by naming two peaks in the San Juan Mountains after them. Thanks to all of you who supported this effort and made it happen. A special thanks to Steve Johnson in Telluride who spent many long hours advocating for this legislation, it would not have happened without him.

“Not only were Charlie and Christine two of the most accomplished climbers in the world, but they also were integral members of our southwest Colorado community,” Bennet said. “Throughout their careers, they were always giving back-mentoring students, advocating for human rights, and introducing people to their love of climbing. Naming these peaks in their honor will give them a permanent place in the outdoors and serve as a fitting reminder of their extraordinary lives.”

“Charlie Fowler and Christine Boskoff were two of the world’s best mountain climbers that taught many Coloradans to appreciate the great outdoors,” Gardner said. “Naming two peaks in Southwest Colorado after these world-class climbers will ensure they are forever memorialized in Colorado history. I’m proud to work with my colleagues to introduce this legislation and honor their memory.”

“I am glad to join my colleagues in proposing legislation to honor the memories of Charlie Fowler and Christine Boskoff, who were outstanding mountaineers and advocates for our nation’s treasured open spaces,” Tipton said. “The spirits of Charlie and Christine will live on in these peaks for generations to come.”

The Fowler and Boskoff Peaks Designation Act would designate two unnamed 13,000-foot mountain peaks on the border of San Miguel and Dolores Counties, Colorado, as “Fowler Peak” and “Boskoff Peak.” The peaks offer many opportunities for recreational climbing and hiking.

Over the course of their outstanding climbing careers, Fowler and Boskoff summited several 26,000-foot mountain peaks, including Mt. Everest. Fowler, who was known in southwest Colorado for building climbing walls in schools, received the Robert and Miriam Underhill Award for outstanding mountaineering achievement from the American Alpine Club in 2004. Boskoff, who was one of the world’s most accomplished American female mountain climbers, contributed countless hours to non-profit organizations that supported the rights of porters and Sherpas, women’s education, global literacy, and gender equality.

Local governments, organizations, and community members support the designation of these peaks.

“This legislation from Senators Michael Bennet and Cory Gardner, and Representative Scott Tipton, will name two high alpine peaks in the Wilson Range of the San Juan Mountains after two of the most prominent American mountaineers in recent generations, Charlie Fowler and Chris Boskoff,” Steve Johnson, Western Colorado Regional Coordinator at The Access Fund, said. “This designation will help permanently honor these great mountain climbers and beloved members of our community.”

“San Miguel County is excited that these two as-yet unnamed 13,000-foot peaks in the Wilson Range may be named after Charlie Fowler and Christine Boskoff,” Joan May, San Miguel County Commissioner, said. “The two are remembered not only as internationally acclaimed climbers, but also as mentors to school students and troubled youth. Naming these peaks for them would serve as a perpetual reminder of the couple’s contributions to climbing, youth, and protecting the outdoors.” 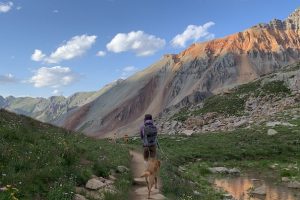 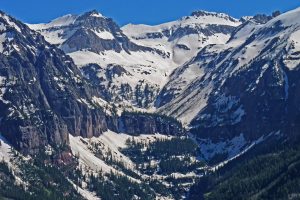 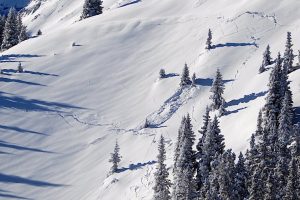 Thank you @timberlineace for supporting and donati